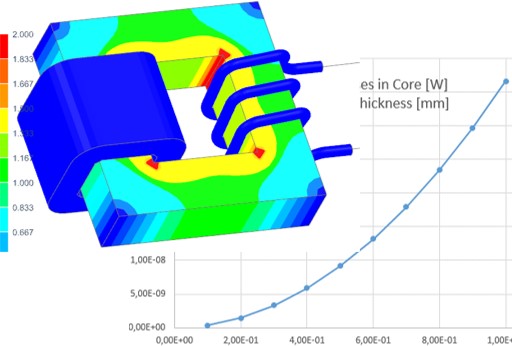 The field and eddy losses in the core which is made of laminated electrosheets shall be computed.

The problem is a simple one phase transformer as shown in the next picture. Goal is to apply alternating current on the primary coil and a resistor as load condition on the second coil. The field and eddy losses in the core shall be computed. The core is made of laminated electro sheets. The results shall be carried out for different lamination thicknesses: We want to use a sweep from 0.1 until 1 mm thickness. 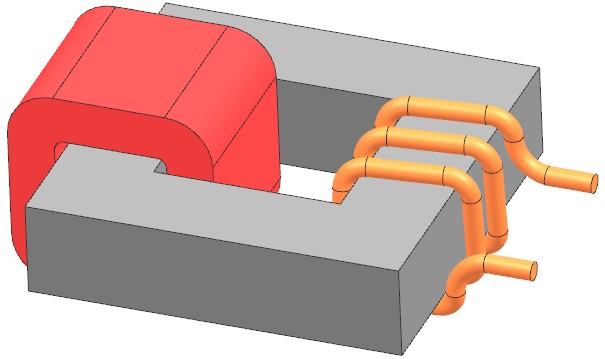 Picture: CAD model of the transformer to analyze 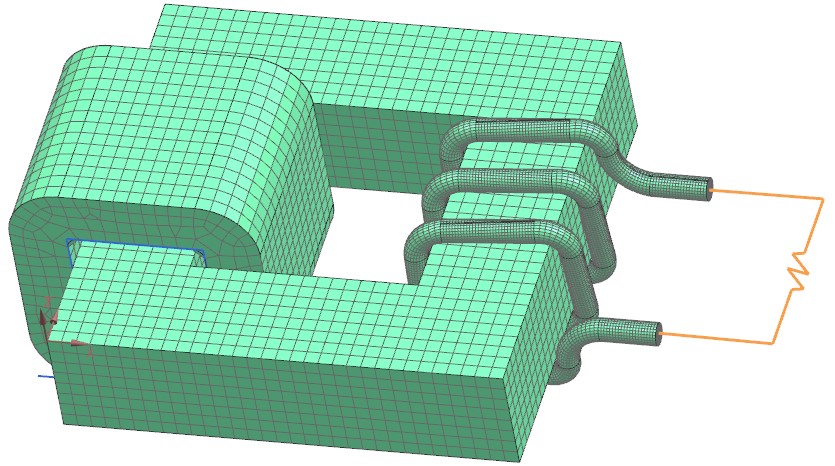 Picture: FEM Model of the Transformer

Most Elements are 3D Hexahedral. The load on the secondary coil is modeled by a 1D Circuit.

Some given dimensions are these:

This kind of problem is solved in NX Magnetics using a 3D Magnetodynamic Frequencydomain solution type and additionally a circuit network for the load on the secondary coil. Of course there are other possibilities too. Alternative approaches would be to compute in time domain which would allow to take into account nonlinear material conditions. Also 2D analysis would be convenient. Next pictures show the mesh and some details about it. 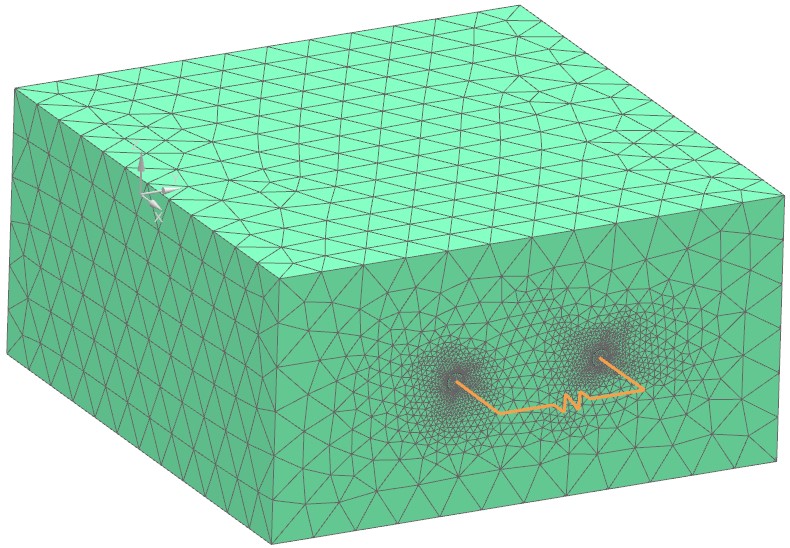 Picture: There is an Air Box meshed around the transformer in which the electromagnetic field is computed 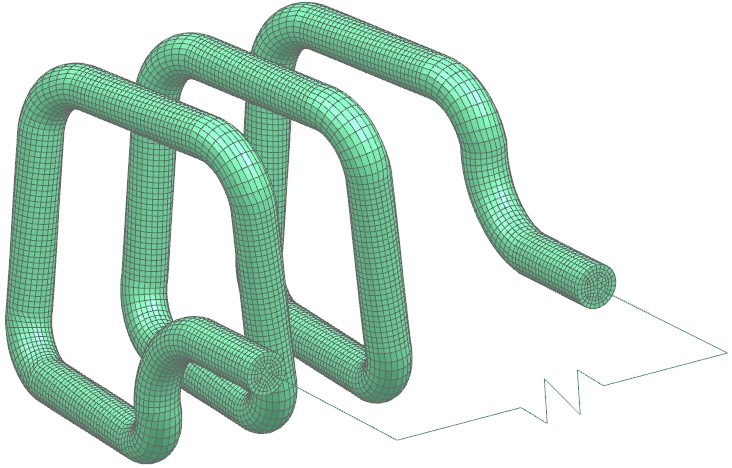 Picture: Detail view on the secondary coil which is modeled as a massive conductor. All Eddy Currents, Skin-Depth and Proximity Effects in the 3D model are captured by this meshing method. 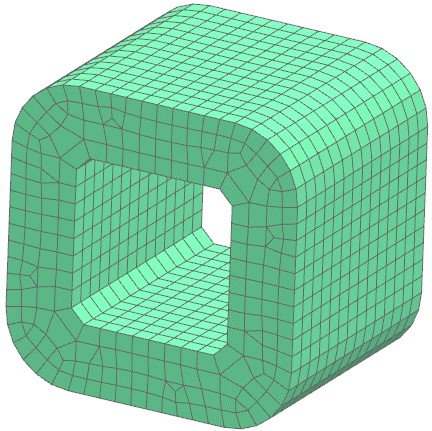 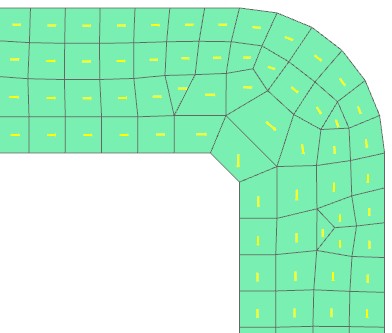 Picture: Definition of the winding directions

To capture the effect of lamination sheets we use a homogenization technique that takes into account how eddy currents behave in case of thin sheets. Because the eddy currents effects the field also other result quantities will be influenced by this. In NX Magnetics this technique is applied by assigning a coordinate system for the stack direction as seen in the next picture.

Picture: The application of Lamination Effects on the Core

As described in the task we will carry out simulations with different thicknesses. We expect the losses will increase with larger thicknesses.

The circuit is modeled by a 1 dimensional element. See the NX Magnetics dialog in the next picture. 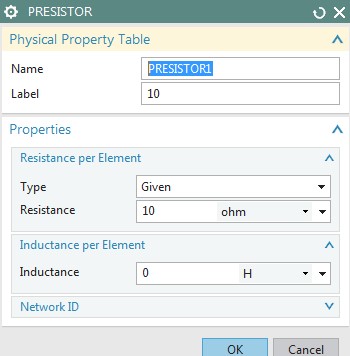 Picture: The application of Ohm Resistance to the Circuit Element 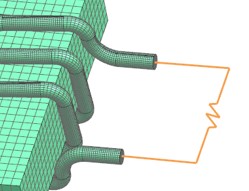 In the NX Simulation file we set up a Magnetodynamic solution in frequency domain at 50 Hz. We call it LaminationSweep because we want to run a Parameter Sweep over several thicknesses of the sheet. Next picture shows the solution dialog and the requested outputs. 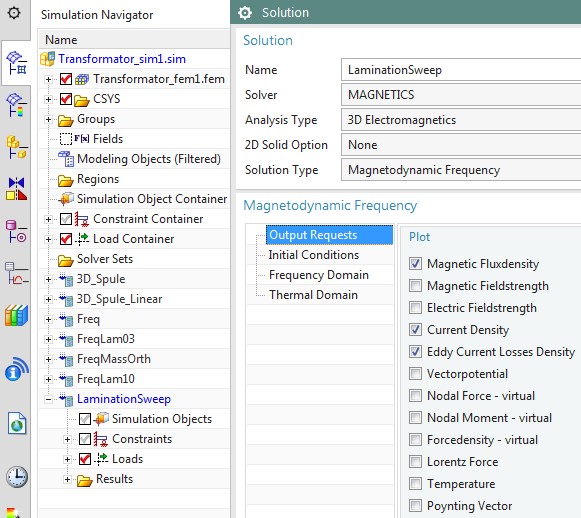 Picture: The NX Magnetics dialog for the solution and the Output Requests

We apply a peak current of 0.5 Amperes. Then we set up the parameter sweep. We will vary the sheet thickness starting at 0.1 mm and ending at 1 mm with a step size of 0.1. The ParameterSweep dialog is show in the next picture.

Picture: The NX Magnetics dialog for the Parameter Sweep

The solution time depends on the computer being used. I can vary between 5 and 20 minutes.

After some minutes the parameter sweep has finished and all results can be discussed. We start with the eddy current losses on the core which is our main result. In case of parameter sweeps this result comes out of the system by a textual table which can be displayed in Excel for example. See next picture. 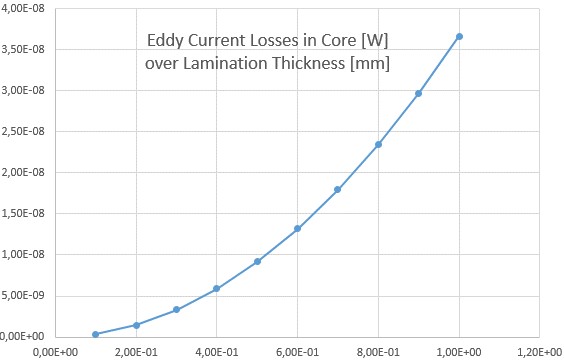 Picture: The computed Eddy Current Losses in the Core as they vary with the Lamination Thickness

The field solution allows detailed insight in the behavior of the magnetic, electric and the eddy current fields. All results can be plotted in real, imaginary or other combinations. Such plots help the user to understand how geometric details influence the result. The next picture shows the magnetic Flux density. 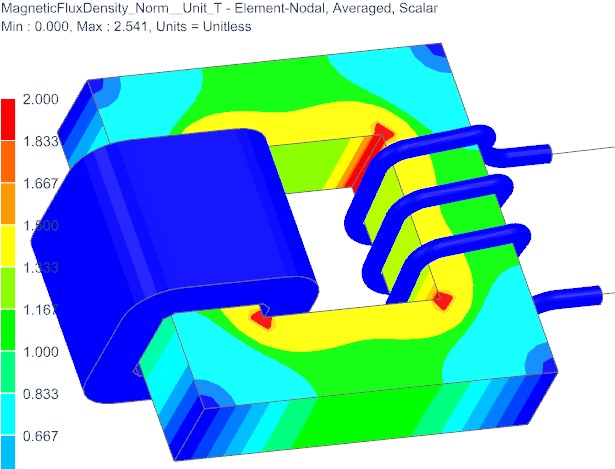 Picture: B Field on Transformer 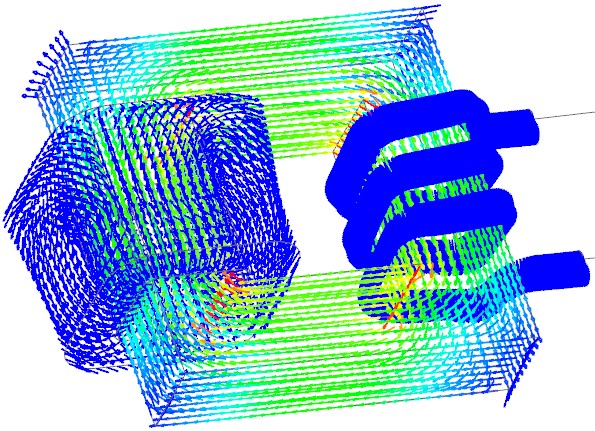 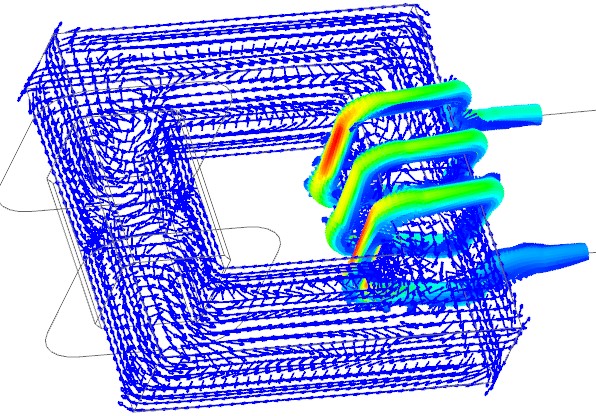 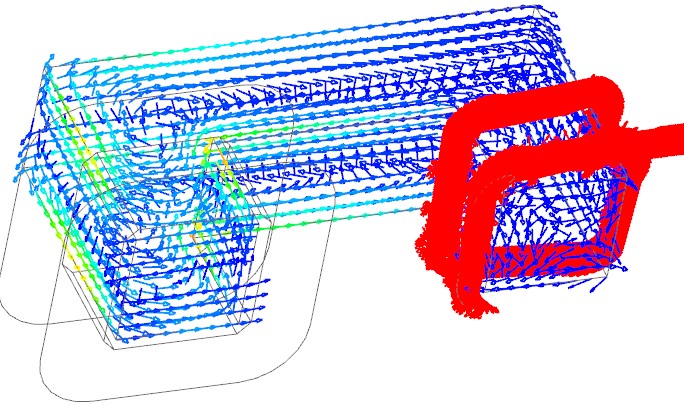